Cladding Replacement talk has reached fever pitch in the media in the wake of the tragedy that has unfolded in the UK with the Grenfell building’s rapid demise. Apartment dwellers and owners everywhere are nervously wondering about the cladding covering their building. Hoping their building is clad with the German branded, flame retardant, Alucobond that has been safely covering buidings for 40 years. Hoping they don’t have the newer, cheaper and highly combustible lookalike - the Chinese branded Alucobest. At a glance, both these cladding profiles are identical. However, as everyone now knows, the latter doesn’t meet Building Code Australia safety standards.

But poorly installed cladding has another little known or discussed problem - water ingress. The issue receives little or no media coverage, presumably because the worst outcome is inconvenience and soggy plaster. Not to mention the unanticipated expense of having to replace the cladding.

Typically, Roofrite installs cladding to new builds or extensions. However, one of our latest projects required us to remove the existing poorly installed cladding from an apartment block in West Melbourne and replace it with new. The poor workmanship of the original cladding installation saw the building plagued with leaking issues.

Logistically, the project presented us with some unusual challenges: poor access, lots of balconies, no storage space, fully tenanted.

With careful planning, we managed to get most of our material onto the flat roof and store it there. The glass on the balconies was removed to prevent breakage while works were under way. We utilised a range of equipment at different stages to safely access the walls including scissor lifts, scaffold, and our trusty ladders when possible.

Despite the building manager’s concerns, we neatly returned even the taps to their existing position on the new cladding.

And the project was delivered on time and with the minimum of inconvenience to the residents. 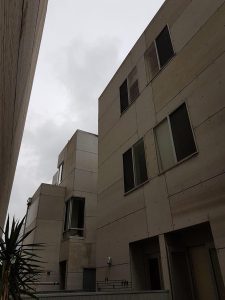 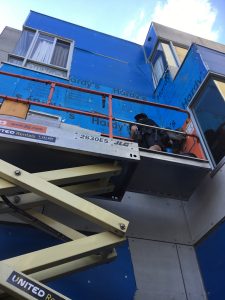 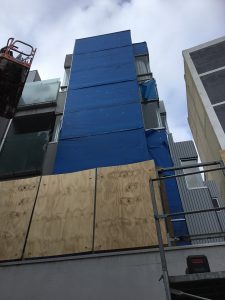 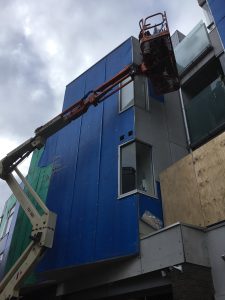 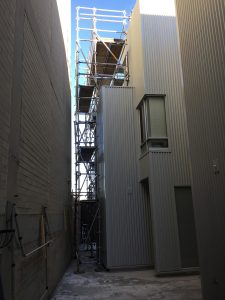 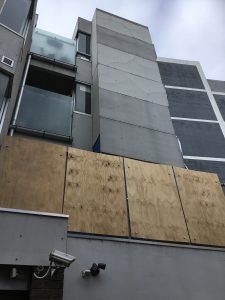 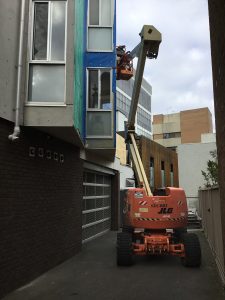 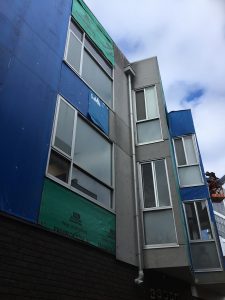 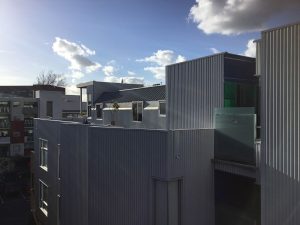 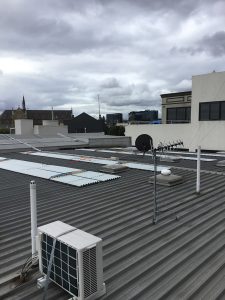 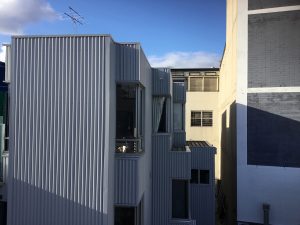 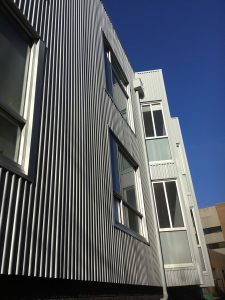